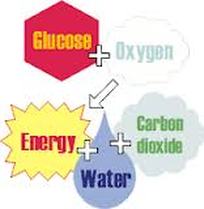 C2.1 Use appropriate terminology related to metabolism, including, but not limited to: energy carriers, glycolysis, Krebs cycle, electron transport chain, ATP synthase, oxidative phosphorylation, chemiosmosis, proton pump, photolysis, Calvin cycle, light and dark reactions, and cyclic and noncyclic phosphorylation.
C2.2 conduct a laboratory investigation into the process of cellular respiration to identify the products of the process, interpret the qualitative observations, and display them in an appropriate format.
C3.1 explain the chemical changes and energy conversions associated with the processes of aerobic and anaerobic cellular respiration.
C3.4 describe, compare, and illustrate (e.g., using flow charts) the matter and energy transformations that occur during the processes of cellular respiration (aerobic and anaerobic) and photosynthesis, including the roles of oxygen and organelles such as mitochondria and chloroplasts.

Metabolism and the Production of energy

How are redox reactions used in aerobic respiration?
Energy is extracted from glucose using oxygen to oxidize the carbon-hydrogen (C-H) bonds. This occurs in a series of steps where a hydrogen and an electron breaks away from the oxygen atom in glucose and combines with oxygen molecules to become water. The removal of the hydrogen atom and the electron causes a shift in the orientation of the electrons around the oxygen atom and carbon atom in the glucose molecule causing a decrease in the free energy in the reaction. Electron carriers transfer the electrons from high energy compounds and donate electrons to specific molecules of lower energy. 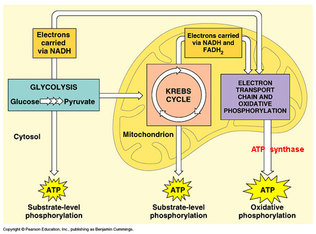 Heterotrophs are organisms that feed on other organisms to obtain chemical energy. A heterotroph feed on autotrophs, as well as other heterotrophs, through a food chain.  Heterotrophs include all animals  and fungi and most protists and bacteria.

All of these organisms use glucose (C6H12O6) as their primary source of energy. Glucose is broken down in the cells of the organism by a series of enzyme controlled, exergonic, redox reactions into carbon dioxide, water and energy. The energy is harvested from the glucose using oxygen that is in the cells. This process is known as aerobic respiration.
The series of reactions can be simplified into the over all equation of:
C6H12O6(aq) + 6O2(g)  --->  6CO2(g) + 6H2O(l) +  Energy (heat and ATP)
The process of aerobic respiration occurs in 4 main stages: Glycolysis, Pyruvate oxidation, the Krebs cycle and the Electron transport chain.

Glycolysis occurs in the cytoplasm of the cell and consists of 10 steps where a 6 carbon glucose molecule (sugar) is broken down into a 3 carbon pyruvate molecule. The word glycolysis is derived from the Greek words glykos and lysis, which can be translated into sweet splitting, or sugar splitting. The first three steps of glycolysis the glucose molecule is rearranged by enzymes and requires the input of two ATP molecules to phosphorylate the molecule and produce fructose 1,6-bisphosphate. In the fourth step, fructose 1,6- phosphate is then split by an enzyme into Dihydroxyacetone phosphate (DHAP) and Glyceraldehyde 3-phosphate (G3P). The fifth step is the conversion of DHAP into G3P by the enzyme isomerase, creating a total of two G3P molecules, therefore steps 6 to 10 of glycolysis occur twice.  In step six an inorganic phosphate is added to G3P and a NAD molecule is reduced to NADH. In step seven, ADP removes the inorganic phosphate from the molecule and generates ATP.  In step eight and nine, the molecule is rearranged by enzymes; this rearrangement causes a water molecule to be released. In step ten, ADP is converted to ATP through phosphorylation and the 3 carbon molecule pyruvate is produced. The net equation for glycolysis is:
C6H12O6 + 2NAD + 2ADP +2Pi  -->  C3H4O3 + 2H2O  + 2NADH + 2ATP

Pyruvate oxidation and the Krebs Cycle 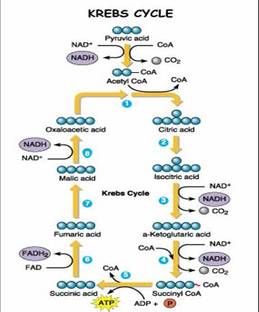 The pyruvate that is created during glycolysis in the cytoplasm of the cell proceeds into a process called pyruvate oxidation. Pyruvate oxidation occurs only when oxygen is available in the cell and pyruvate must be transported from the cytoplasm into the inner mitochondrial matrix to continue the process of aerobic respiration. Pyruvate is oxidized by NAD, which causes a carbon to be removed from pyruvate to produce carbon dioxide and a NADH. The remaining 2 carbon molecule, or acetyl group, becomes associated with a carrier molecule known as Coenzyme A, to form the molecule acetyl-CoA. This reaction facilitates the movement of pyruvate from the cytoplasm into the mitochondria. 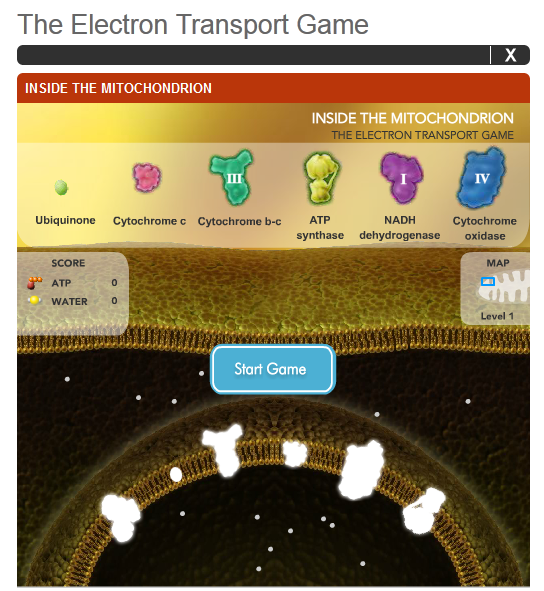 The amount of ATP in a cell remains constant during the life of an organism.  The cell regulates the amount of ATP produced by feedback control mechanisms.  The glycolysis pathway is controlled by the feedback mechanisms phosphofructokinase, an enzyme which converts fructose 6-phosphate to fructose 1,6-bisphosphate, through an allosteric binding site for ATP. When there is sufficient ATP in a cell, an ATP molecule binds to the allosteric site on phosphofructokinase and inhibits the enzyme, therefore inhibiting the glycolysis pathway. Phosphofructokinase also regulates the Krebs cycle, by inhibiting the reactions that take place after the formation of citrate, causing an increase in the amount of citrate in the cell.  The Krebs cycle can be regulated by an excess of NADH. When an excess amount of NADH exists in a cell there is an inhibition of the enzyme pyruvate dehydrogenase, which is used to convert pyruvate into acetyl-CoA and carbon dioxide.

This assignment can be used as a summary of the entire process of aerobic respiration. This is a hands on modelling activity, 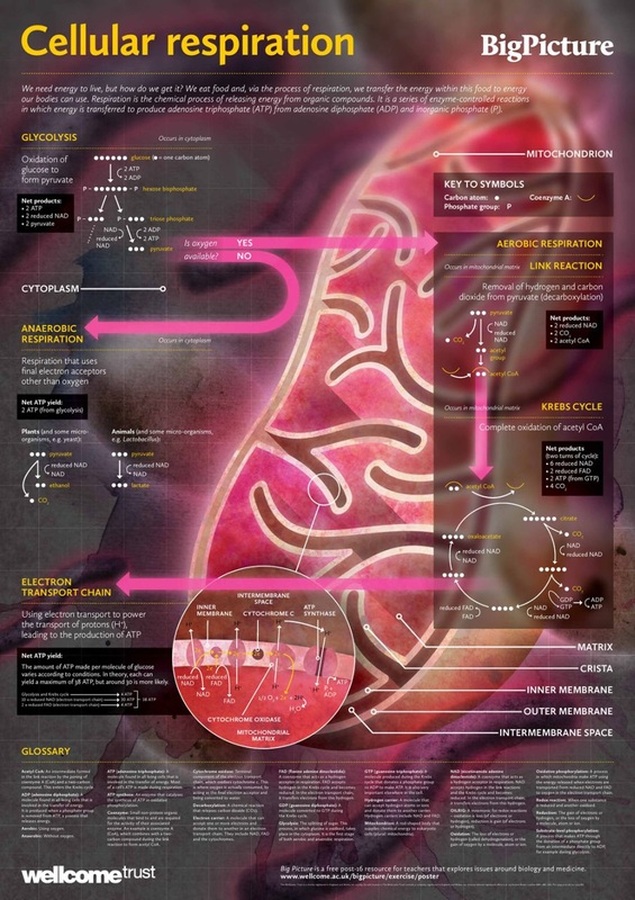 Links to good test and quiz questions. Can be used for extra practice as well.